Fire Insurance for Your Business 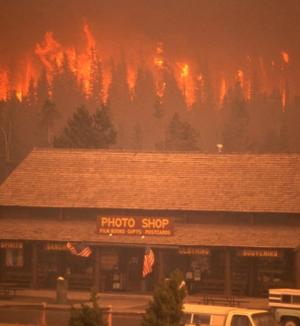 In 2017, the most recent year with publicly available records, 499,000 structure fires occurred in the U.S. according to the National Fire Protection Association. That’s almost half a million structures burning across the nation and 72% of the structures were homes but the remainder was commercial, institutional and public buildings. In total over the course of a single year those fires caused approximately 10.7 billion dollars in property damage while destroying many businesses that failed to obtain proper fire insurance coverage and in some cases bankrupting the business owners as well. That outcome is particularly distressing when one considers the fact that those expenses could have been mitigated with a simple to acquire supplemental fire insurance policy.

In many instances, fire insurance coverage may be more than just a good idea. It can often be required by your lease, as well as local ordinances, state laws or federal regulations depending on the type of business you conduct and the location of your offices. Your insurance agent should be someone well versed in the regulations that affect your business and you should get several free quotes from competing carriers to be sure you obtain the right amount of coverage at the best price available.

There was a time a century ago when businesses protected themselves against fire damage to company-owned property by purchasing a singular fire insurance policy. However, by the mid 1970s, fire policies had evolved into what many now refer to as commercial multi-peril policies, which covered damage, caused by a variety of perils. The insurance arena shifted again in the late 1980s as new forms written in simplified language were introduced which include the modern commercial property policy and the newer business owners’ policies that are still common today.

Today, some business owners mistakenly believe that all property policies cover all types of property. Conversely, many exclude land, vehicles, or aircraft and some policies exclude certain perils like flooding or earthquakes, which can cause catastrophic losses. Many go on to exclude fragile items like computers damaged by power surges regardless of the cause of the surge. So a fire that destroys the power supply for your building and proximately causes the destruction of hundreds of otherwise unburned computer.

Always be sure to read your commercial fire insurance policy carefully and to consult with professionals about the exact wording used in the language of the policy and its riders specifically.

Replacement Cost fire insurance policies cover only the cost of replacing items with the same or similar items. Fire insurance companies may have relationships with construction contractors or vendors that enable them to meet their obligations to replace items damaged in a fire at a much lower cost than you have paid. Under a replacement cost policy, the insurance company is only obligated to replace the damaged items and rebuild damage structures. They have no duty to refund you any amount.

Having a Fire Insurance Policy based on the Actual Cash Value (sometimes referred to as a market value policy) is fire insurance that obligates the insurer to pay you the actual cash value for items and structures that have been damaged or destroyed. Actual Cash Value (ACV) can be defined as the current cash value of the property or the repair cost minus an amount based on the depreciation of the asset. The result of that calculation is then paid out as a one time reimbursement payment.

Choose from the best insurance companies

Call to talk with an agent

Your vote has been counted